The Tourism Authority of Thailand’s (TAT) new “2015 Discover Thainess” campaign’s grand opening celebrations recently coincided with the 35th Thailand Tourism Festival which was held with great fanfare and attended by thousands of locals and tourists. The TAT’s Thainess parades brought crowds onto the streets while the five-day tourism fair attracted over 600,000 Thai and foreign visitors and generated some 230 million Baht in revenue.

Thai color and culture filled the streets of Bangkok last week when the “2015 Discover Thainess” tourism campaign kicked off with a series of parades through the city’s biggest shopping districts. Meanwhile, the TTF 2015, held from January 14-18, showcased a taste of all the regional delights that can be found year-round by Thai travelers and foreign visitors alike.

TAT Governor Mr. Thawatchai Arunyik said, “The parades were part of the opening ceremonies for our new global tourism campaign that aims to promote the kingdom’s distinct cultural elements that make it uniquely Thai. This spectacular event was presided over by Prime Minister General Prayut Chan-o-cha and was attended by thousands of locals and tourists who watched the colourful floats go by and revelled in the fun atmosphere.” 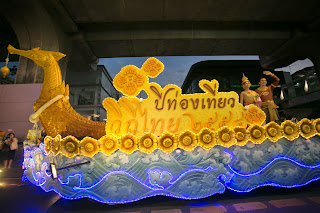 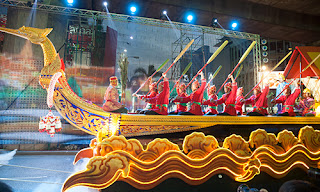 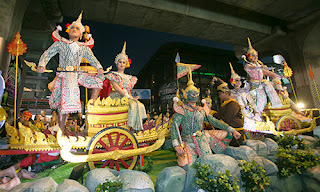 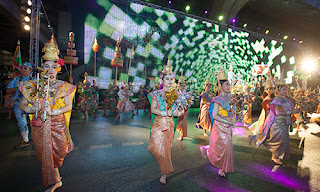 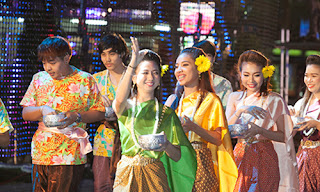 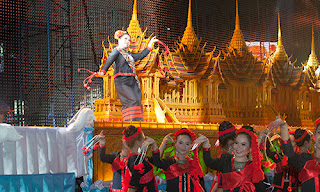 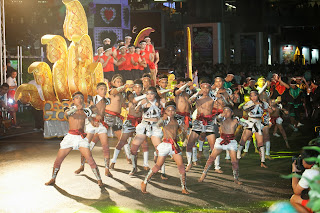 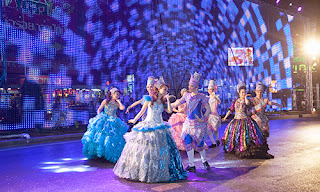 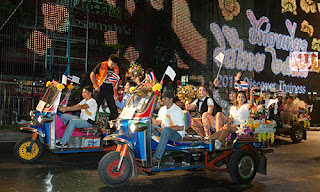 Six spectacular processions, stretching nearly four kilometres through the city showcased different aspects of Thai art, culture and hospitality. The highlight of the parade was a 12-metre replica of the famous Royal Barge Supannahong, complete with regal oarsmen. Following in its wake were scores of talented dancers, performers, puppeteers and acrobats, all dressed in sumptuous costumes and accompanied by skilled musicians.

The parade was designed to give people a little taste of the many events and traditions that can be enjoyed up and down the country at different times of the year. Regional festivals and cultural practices were showcased while the famous “Smiles of Siam” were a reminder of the famous hospitality of the Thai people.

Meanwhile, the lush environs of Bangkok’s Lumpini Park were transformed into a microcosm of Thailand with all the main regions, North, South, East, Central Region and Northeastern, being represented. To showcase the local culture and festivals of each area, vibrant shows were staged, regional cuisines cooked and a range of crafts were on display. Visitors could enjoy floating markets, shadow puppet shows and exciting dance and martial arts displays. These five interactive Thailand tourism villages were very popular, achieving an overall satisfaction score of 94.9 per cent from visitors who gave feedback.

The TTF 2015 was the biggest yet, attracting a total of 613,325 Thai and foreign visitors, representing a 220 per cent increase over the TTF 2014, and generating a total of 229.2 million Baht in revenue, up 118.4 per cent from last year. Visitors spent the most on food and beverages, up to 121.2 million Baht, followed by spending on crafts and gifts, totalling 50 million Baht.

To give visitors a taste of travel in Thailand, the TTF distributed special passports that needed to be stamped in order to get fun free gifts. People were then able to explore the fair to see how the many different people of Thailand live and experience different elements of their culture. The central stage at the festival was a showcase for the best of Thailand’s arts, traditions and crafts. Age-old traditions were displayed alongside more contemporary performances to ensure that all visitors were able to experience the colourful and varied spectrum of the kingdom’s culture.

In 2015, Thailand expects the number of international arrivals to rise by 13 percent to 28 million and revenue from foreign visitors to increase by 16 percent to 1.35 trillion Baht.